Dealing with the insane left as it goes full derp……Ridicule is man’s most potent weapon.

This week we have yet another headline about the “white power brown guy” trend. The American left is in a whole new rabbit hole.

When The American Guard founded a Constitutional Nationalist organization dedicated to restoring the Bill of Rights, and open to any race and both genders, the race pimps at the ADL and SPLC tried to flood google with stories about how we were “closet white supremacists”.

When non-white officers and prominent members spoke out, the left showed it’s true racism, calling them “tokens” and insinuating only white people were smart enough to make their own choices as to how they construct their circles of loyalty. You aren’t fooling us Democrats, we know who gave us Jim Crow and the Klan, and we know who enshrined white supremacy into law with “affirmative action”, which says non-white people are too dumb to compete without a handicap.

Failing to do this, the next level was to create a new category at the SPLC called “General Hate”. They knew they could not get the Nazi label to stick, so they literally invented a new hate to smear us with. That one was apparently not very compelling, as we continue to grow and produce dividends for liberty across the USA.

Saul Alinksy may have been a lefty, but he was a tactical genius. 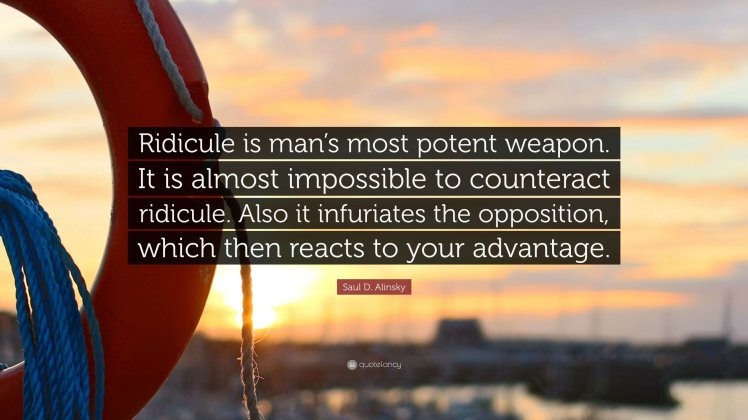 The best part of this entire situation is the fact they do most of the work for us. They are ridiculous. Mock them. We are winning.