Ryan Ramsey is the Libertarian Heathen. He is the Founding Father of LPF Region 4, Former President and founder of the Florida American Guard, one of Florida's most active gun rights activists, host of Global Dissident Voices, and guerilla political operative focused on restoring the Bill of Rights.

It is time for the “Party of Principle” to put our money where our mouth is.

As we approach this sacred American holiday, July 4th, when we celebrate the sacred principles of liberty, I am launching a campaign to move the 2018 Libertarian National Convention from New Orleans to Vicksburg, in Mississippi. The basis for the move is the co-option of the New Orleans city government by foreign Globalist interests, in an effort to sow racial division, as part of a larger campaign to destroy our culture. George Soros’ Open Society Foundation is the root source of funding for “Take ‘em Down NOLA”. This has nothing to do with slavery or racism, aside from the racism displayed against the descendants of Civil War veterans by the violent leftist mobs that agitate around the monument sites.

The Libertarian Party refers to itself as “The Party of Principle”, and if we are to retain our credibility, we must vote with our money, and join the boycott of New Orleans underway by all Americans who respect our heritage, support our veterans, and abhor fiscal irresponsibility. The issues at hand are simple, and go to the very core of everything we stand for as a party. We cannot be a part of dishonoring our veterans, wasting of millions of dollars in taxpayer funds, promoting falsehoods and historical revisionism, or stoking of racial tensions. If we must break a contract, or suffer a short term monetary loss, so be it. If we wish to continue our path to becoming a major force in politics, we must put our money where our mouth is.

In the Sunshine State, the Libertarian Party of Florida was on the front lines. Members of the Orange, Hillsborough, Miami-Dade, Bradford, and Alachua Affiliates traveled the state to defend the memory of those who fought for our sacred right of political secession. While the battle was lost to save “Old Joe” in Gainesville and the Lake Eola Monument in Orlando, the one in Tampa was saved. A fight is brewing to save the latest victim of Soros’ race pimps, Black Lives Matter, in Jacksonville. The diverse crowd of Libertarian Party members engaged in the battle against Cultural Marxist subversion includes those with Puerto Rican, Caucasian, and American Indian heritage. Sons of slaves, and sons of our southern heroes stand side by side members of a wide swath of patriotic community groups to battle against these insults to our history, and the waste of public money on appeasement of these anti-American forces. Even if only to honor our valiant struggle, the LNC should relocate the convention.

When word of the drive to remove Civil War monuments began to spread, the Louisiana legislature immediately put up a bill to protect them. In a gross subversion of the will of the electorate, the City of New Orleans rushed to remove them under cover of darkness. Masked workers guarded by sinister SWAT teams and snipers descended on the memorials, while violent ANTIFA thugs attacked protesters in the streets attempting to defend the monuments. They used character assassination against community leaders who opposed flushing Civil War history down the memory hole, like that perpetrated on Nicholas Dean, charismatic educator who was lauded by national press last year for his miraculous transformation of the Crescent Leadership Academy. The notorious SJW Mayor of New Orleans, Mitch Landrieu, pitched a plan to remove the historical markers with private funds to the tune of $170,000. When the dust settled the taxpayers of NOLA were robbed of $2.1 Million to pay for Landrieu’s cultural genocide.

The other despicable element of the entire debacle is the fact that no less than six acts of Congress have declared the southern veterans of the Civil War fully pardoned, and decreed they are all official US veterans, with all the rights and privileges due any other veteran. That includes their generals, as well as the Commander in Chief. This was not an attack on the Confederacy, but an attack on all veterans. While the Libertarian Party opposes interventionist foreign policy, we honor all our veterans just the same. In that spirit, as a tribute to the horrors of war and to bravery beyond measure, we have chosen Vicksburg, Mississippi as the new site for the 2018 Libertarian National Convention. I encourage all Americans to go to our website, LP.org, and express your support for the move and encourage all LNC Representatives to vote for it, and to implore the Chairman, Nicholas Sarwark, to lead the charge.

After relentless shelling for weeks, that forced the civilians of Vicksburg underground to live in hastily dug caves and tunnels, the city was surrendered on July 4, 1863. This was one of many war crimes committed by General Grant, a foreshadowing of what would come the following year, with Sherman’s infamous “March to the Sea” from Atlanta to Savannah. Rather than spend our money in a city controlled by Globalist elites, with a government willing to spend millions of dollars fomenting racial division and insulting honorable veterans of previous wars, let us take our convention to Vicksburg. Let us honor the sacred principles that our forefathers fought so hard for in 1776, and 1861. Let us be among those who rebuke the erosion of Americas sovereignty and the assaults on our history and culture. If we are truly the “Party of Principle”, we must move the Convention.

You can find more details on the proposal at: https://libertarianpartyofbradfordcountyfl.org/ 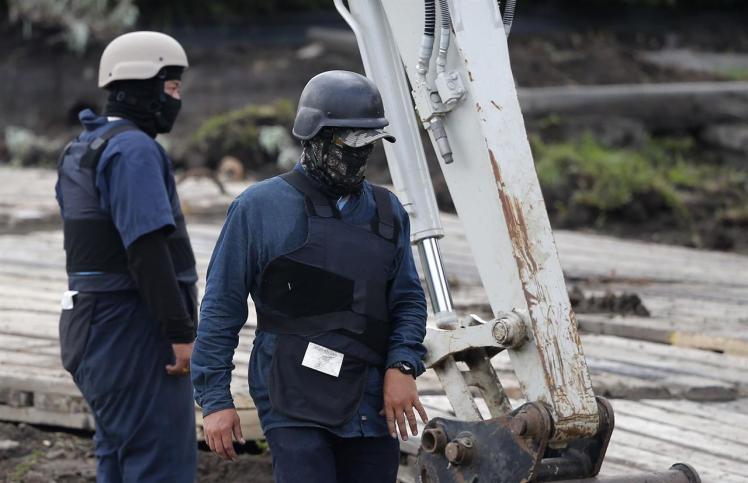 Ryan Ramsey is the founder of Jacksonville Open Carry, Director of The Florida Liberty Project, Host of Global Dissident Voices, Singer and Guitarist for the band “Lovecrime”, Florida Vice President of The American Guard, and Founder of the LP Veterans Caucus.

He currently serves as the Bradford County Chairman and the Region 4 State Representative for The Libertarian Party of Florida.

Ryan Ramsey is the founder of Jacksonville Open Carry, Director of The Florida Liberty Project, Host of Global Dissident Voices, Singer and Guitarist for the band “Lovecrime”, Florida Vice President of The American Guard, and Founder of the LP Veterans Caucus.

He currently serves as the Bradford County Chairman and the Region 4 State Representative for The Libertarian Party of Florida.