There is no right to vote, universal sufferage was the fatal blow to the Republic, and its elimination the quickest way to save America.

The United States of America is a Republic, and it was founded by men who hated Democracy with a passion, recognizing it for what it is, the tyranny of the majority. In contrast, a Republic the rule of law, and protects the rights of the smallest and most important minority, the individual.

“It has been observed by an honorable gentleman, that a pure democracy, if it were practicable, would be the most perfect government. Experience has proved, that no position in politics is more false than this. The ancient democracies, in which the people themselves deliberated, never possessed one feature of good government. Their very character was tyranny; their figure deformity.”

The Constitution provided a house of the people they could elect congressmen to. It had a Senate the state legislatures appointed through various processes to prevent the circus we watch every election. Laws had to pass both the House and the Senate, so people had veto power but the mob could not get its way by ballot alone. The electoral college was also designed as a barrier to Democracy and the madness we see now in directly elected presidential campaigning.

In the 1920’s the neo-Marxist “progressives” implemented the first step in creating a Socialist state from the ruins of a great Republic. They fatally poisoned liberty with universal sufferage, in order to create a Democracy, what Karl Marx considered step one toward creating Communism.

“Democracy is the road to Socialism”

Every wretched thing we scoff at when we look at modern government can be traced back to this moment. We are overwhelmed by regulation, the prison and military industrial complex, the implosion of the family, and the web of catastrophe all this has woven.

Perhaps we should seek a simpler solution. Contrary to what you may have been told, there is no right to vote. There are merely limits placed on how we restrict the privilege of voting. We do not need to raise the voting age above 18, or deny minorities the right to vote based on race or sex to solve the problem. This solution is 100% legal based on our Constitution.

“A democracy can only exist until the voters discover that they can vote themselves largess from the public treasury.”

The shortest path to making America great again lies in removing the parasite class from their ability to impose state force via the ballot to sieze the product of America’s host class labor and capital.

We should immediately restrict the voting privelege to the following, and any single criteria would be sufficient:

1) People who pay more taxes than they recieve on tax returns, net taxpayers.

2) Military, vets, and first responders, those who have agreed to lay their lives on the line to defend their nation or spend their workday covered in their blood and guts.

3) Holders of professional, medical, business, or trade licenses. Those are the citizens who create, and who drive industry and commerce.

4) In addition, we should have a policy of one vote per household, the head of household. Whoever files their annual IRS forms as such can register. It may be the patriarch of a traditional family or an executive single mother, but whoever is taking on the financial burden of a family unit is the one who should decide how their tax money is spent. 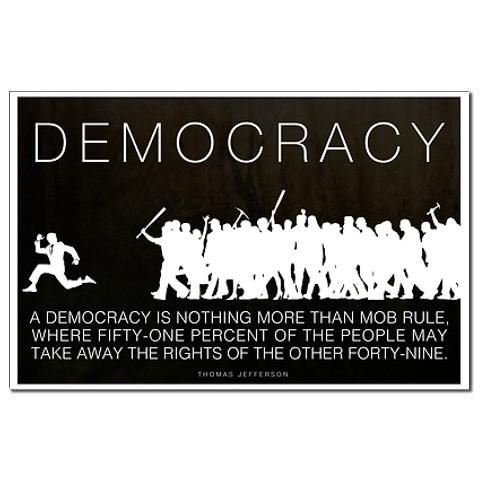 There may be a few other qualifying groups or individuals that I missed, but if you want a say in how the nation is run, you need to contribute. If you are tasked with the home and your partner is tasked with providing the economic function, that person has the say in how the taxes are spent. If they are smart they will give you dominion over the kitchen and home decor.

Ultimately, if your judgement is so poor you need your neighbor to provide for you, you have no right to tell the producers what to do with the money confiscated from them by the state.

This one policy change would solve all our national problems in one or two election cycles.

Libertarians/Conservatives hould focus 100% of their effort on ending universal sufferage and gun rights, so we can defend ourselves from the parasite class in case of a subsequent revolt of the overprivileged.

The rest of politics is just a bandaid on a sucking chest wound.