Regardless of whether you agree with MAGA, populist uprisings are an important part of fostering peace and liberty. 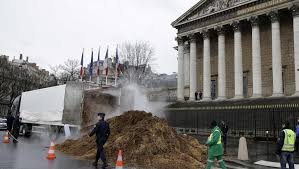 Tons of horse manure dumped in front of French Parliament

When the masses of any society become disgruntled, something will always give. There are more of us than there are of them.

Peace is what we want when we assert the right to bear arms, we want to deter and neutralize tyrannical governments before they arise. When people share scathing memes and social media posts they are not being hatemongers, they are peacefully protesting.

Gun owners don’t wake up looking to shoot government agents and I don’t know of a single Communist thrown from a helicopter in the US lately. These are not threats or posts designed to encourage acts of violence. They are saber rattling, important barometers for public opinion.

When the public universally hates their leaders and jokes about throwing them from helicopters you should be listening and making adjustments, not trying to silence and disarm them. That is taunting the electorate to get violent, and extraordinarily unwise for any politician.

In the same sense, volatile looking political uprisings ala MAGA look menacing to some Americans, invoking fear the way a black rifle may bring terror to a lefty from Berkley. Like the metaphor, it is an irrational fear.

We don’t want to see many of the traditional outlets for these social pressures unleashed in this nation. Mass arson and riots in summertime Paris, IRA nail bombs in London, Riots in Los Angeles, and other means of releasing the pressures of real or percieved injustice may start chain reactions that can easily spiral out of control.

Suppression and censorship make the potential for disaster far worse. When companies like Facebook and Google start to ban and suppress Libertarian and Conservative viewpoints, they take away a vital layer in political expression. Mocking a corrupt politician or widely held fallicy can rapidly change public opinion, and in ways that do not harm the economy or cost human blood. It empowers their free speech, peacefully even if abrasively.

The recent escalation to using random things, often old or non-offensive, to trigger Facebook and Twitter bans and the implementation of banking bans are extremely dangerous. These banking bans are pretty hard to spin as anything but a fusion of planks 4 and 5 from the Communist Manifesto.

4. Confiscation of the Property of All Emigrants and Rebels.

5. Centralization of Credit in the Hands of the State, by Means of a National Bank with State Capital and an Exclusive Monopoly.

The obvious suppression of right wing Americans, and the vampirization of their assets in the form of out of control spending by Congress, has created extreme anger among a large, well armed, and well funded segment of the country. Many of them have combat experience from the endless and pointless wars we have been fighting for decades now.

When they post those helicopter memes they get the same satisfaction as they get when Trump bashes Rosie O’Donnell or Hillary. Michelle Obama may not be a man, and a post about it might trigger some Facebook algorithm related to fake news. Removing it and allowing ANTIFA to get them fired from their job sounds to me like a good recipe for creating mass shooters.

Sometimes you need to dump a pile of shit in the President’s office or give them tar and feathers to really express how you feel about your government. 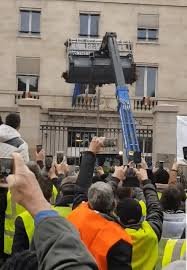 These mechanisms of speech and protest comprise another step between polite discourse and voting with bullets from the rooftop, which is an inalienable right of all free men.

When Facebook, YouTube, Pay-Pal, Google, etc. discriminate based on personal and political views, and government agencies begin placing outspoken activists or journalists on watch lists and threaten them with red flag laws, they are actively inciting violence by removing these peaceful means of expressing anger and disgust for members of the political and parasite classes.

Shame, insult, insensitive and harsh criticism, epithets, even tar, dung, and rotten eggs….all of these are preferable to the rifle and improvised explosives that comprise the next levels of escalation. They really do not want to kill you, why insist on making them do it?

The average American is being radicalized far more by watching these companies tolerate pre-teen trannies doing a strip tease on the same platforms that ban them for a picture shooting at a range with their kids. The violence and polarization start there….. not at Dave Chappelle’s latest special or a (((meme))).

Libertarians are on the cusp of a breakthrough if we can harness this disgust by developing a keen knowledge of populism, and channel it into peaceful and voluntary solutions that reduce the size, budget, and power of the government…at all levels.

We need to double down on our committment to free speech, as the LNC Secretary did in New Orleans. We need to look a bit deeper into why these rights were written down and codified in the first place.

The left is not championing equality and clean air, they are pushing for violence so they can eliminate the Constitution. Once a people can not speak, they will act.

Gods bless those Pinochet memes and Donald Trump’s Twitter. They keep the gunfire down and the economy up, and if we really like peace and freedom we better appreciate and defend their right to circulate among the citizenry. 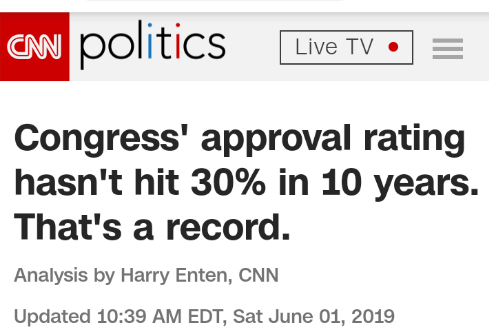 The sentiment underneath the viral boogaloo memes, and set to the tune of a Congress that has not hit a 30% approval rating in 10 years means we need to let some steam blow off this kettle. We, as a nation, have alot more to fear from Facebook and Google censorship than we do from “assault weapons”.

The post boogaloo world is not an ideal inheritance for our kids.

Mocking Greta Thunburg beats “shots fired” on any day of the week. 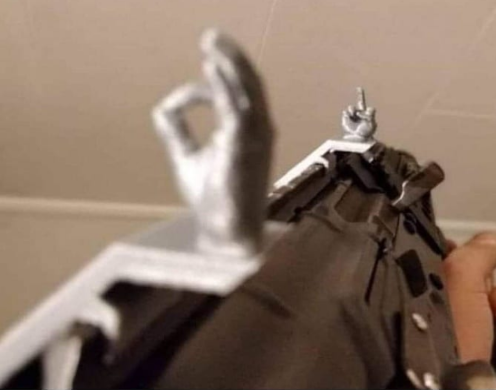