Here is some demo tracks for an upcoming record I am recording with Doug from Blood Red Eagle, doing the Viking Power Rock and Roll band’s greatest hits…with a new twist.

As many of you know, Doug, founder of the legendary Australian Heathen band “Blood Red Eagle” has been doing string band music the last few years after moving to the southern US. He has a new band, the “Boxcutter Boys“, producing a few albums over the last few years.

I have played in both heavy bands and string bands as well, currently doing political themed music with my southern RAC band called “Lovecrime“, sort of bridging the gap between the two with electric instruments as well as a banjo.

Doug, Brandi, and I have grown closer in recent years. He recently asked if I would be interested in contributing tracks on banjo and other instruments for a greatest hits album of B.R.E. songs re-done string band style, and that he already had a label itching to press the vinyl.

It was a resounding “HELL YES”. He came down to southern command in rural North Florida and we cut 3 demo tracks to hold over our Heathen brothers and sisters. Over the next few weeks there will be a lot of practice and experimentation with other instruments and we will put an album down in a few weeks for release sometime this fall.

Expect even better musicianship and arrangement from the finished product, but enjoy these in the meantime. As I hope you agree, this is going to be an epic record and I am honored to be a part of it.

When The Hammer Falls

Love For My Nation 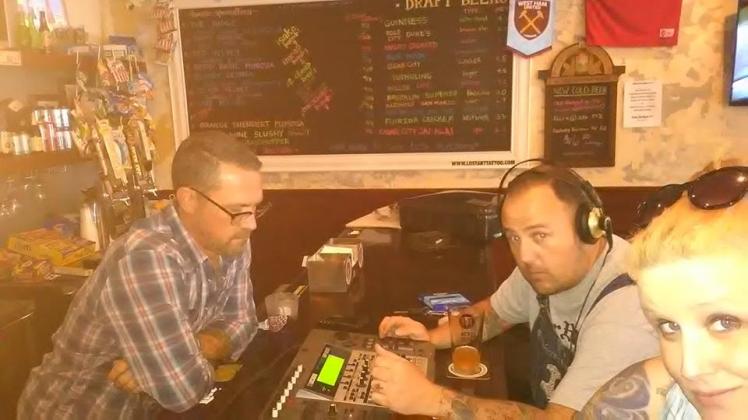 A little post production burning at The Justice Pub in Jacksonville, Florida